In Preparation for Redevelopment 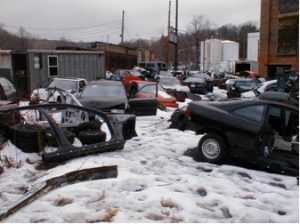 Excel Environmental Resources, Inc. (Excel) was retained by the Borough of Butler to perform a Preliminary Assessment (PA) and subsequent Site Investigation (SI) in order to facilitate the Borough’s intended acquisition and redevelopment of a property as part of a plan for revitalizing the downtown area of Butler.  Funding for the project in the amount of $100,000.00 was obtained by Excel on behalf of the Borough of Butler, from the Hazardous Discharge Site Remediation Fund (HDSRF).  Following are some key aspects of the project:

Project Outcome:  As a result of the phased approach to the SI, characterization of each of the AOCs was efficiently completed and the data indicate that the majority of soil concentrations above the applicable NJDEP Soil Cleanup Criteria are associated with contaminated Historic Fill material.  Through Excel’s thorough evaluation of each AOC as part of the SI, the minimum SI and RI requirements for characterization and delineation of contaminated Historic Fill and the underlying native soils were satisfied so that no additional investigation was required by NJDEP.

With the investigation and delineation of the Historic Fill complete, no further investigation is warranted and Excel prepared a Remedial Action Workplan for submission to NJDEP that including a site-wide Deed Notice as the final remedial action for the Historic Fill with Engineering Controls to be fully integrated into the Borough’s redevelopment plans for the property.   Redevelopment of the property for a mixed commercial and retail center will therefore proceed as originally planned with no changes to the development plan design.  The buildings, paved parking areas, and landscape areas will serve as the NJDEP-required Engineering Controls as part of the Deed Notice as the final remedy for the contaminated Historic Fill.